All year round, in Apulia A SYSTEM OF UNDERGROUND CAVERNS

The “Caves of Castellana”, a vast underground system of karst caves, located approx. 1,5km outside the town of Castellana Grotte, is an important tourist attraction and generally defined as one of the most beautiful and spectacular cave systems in Italy. The caves extend for 3.348 meters total and reach a maximum depth of 122m below street level. Inside the cave system the temperature stays constantly around 16,5°C. 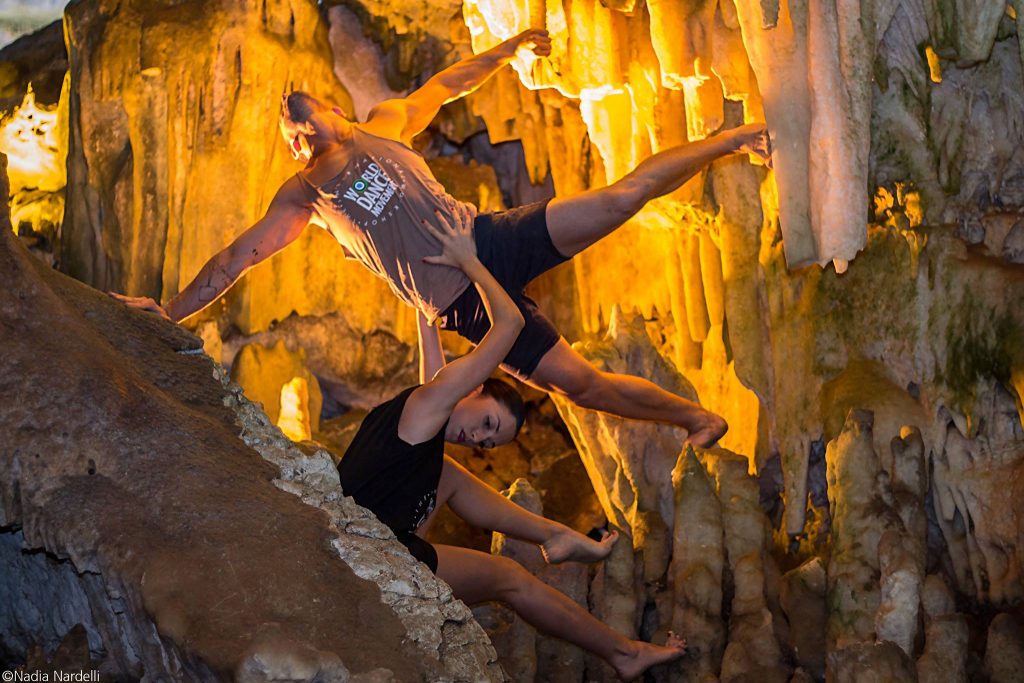 THE DEEP PIT
The edge of the “Grave”, the deep sinkhole and entrance to the caves, always instilled some sense of anguish and fear in those who crossed the nearby country road, particularly at nightfall. Bats were seen ascending from the abyss and fluttering around the fields, hunting for insects, but also some vapors, believed by the superstitious to be restless souls of suicide victims, trying needlessly to rise to the heavens.
Vincenzo Longo (1737-1825), a local humanist and jurisconsult, was perhaps the first man to ever descend into the “Grave”, with a group of young peers.

A VAST CAVE SYSTEM
The genesis of the Caves of Castellana, a vast system of caverns that extends for about 3 kilometers at an average depth of 70 meters, is one of the most striking aspects of the Apulian karst.
Karst, a term derived from the Slavic word kar (stone, rock), and used as a toponym for the regions of Venezia Giulia and Slovenia, stands for the set of phenomena produced by the dissolving action exerted by rainwater on the surface and in the subsoil of a certain type of rock, especially limestone.
Beyond serving as a name for those regions, the term now applies to all geographical areas with the same surface and subterranean aspects.
The history of the Caves of Castellana begins in the upper Cretaceous (100 – 90 million years ago), when Puglia was still below sea level of the ancient Mediterranean, inhabited by numerous colonies of mollusks and marine plants.
For millions of years, these life forms had succeeded each other, generations after generations, and their empty shells and carcasses accumulating on the seabed, had formed a gigantic deposit of mud and sand which, with its slow but continuous growth, had gradually compressed to form a layer of limestone with a thickness of several kilometers.
The progressive tectonic uplifting brought the region to its contemporary aspect approximately 65 million years ago, and the emerged limestone masses show extensive cracks due to this process and the rigidity of the limestone itself.
Eluvial deposits of intense rainfall, trickling into the subsoil, then formed an extensive underground aquifer, which gradually dissolved the limestone and widened the cracks, which ended up joining progressively from smaller ducts into larger environments, facilitated by collapses of juxtaposed rocks. Where the cracks intersect in large numbers (a phenomenon most relevant in the “Grave”, more than anywhere else in the cave system of Castellana),  extensive and repeated collapses had occurred; these had widened the cave up more and more towards the ceiling, reducing in time the thickness of the rock that separated the cavity from the outside, until the residual layer, finally  thinned out  and  collapsed, allowing the first the ray of light to reach the inside of the “Grave”.

The visit to the Caves of Castellana is guided by our multi-lingual and experienced staff and winds along a comfortably paved trail. Reaching roughly 70 meters underground the excursion leads into an astonishing scenario made of stalactites, stalagmites, fossils, cavities and caves with fanciful names. To visit the Caves of Castellana you can choose between two different itineraries:

The Caves of Castellana are open all year round.

For the timetable of the various excursions, which variate with the seasons, it is recommended to consult the calendar.

The temperature in the cave system varies between 14° and 18° C. For the excursion it is recommended to dress suiting to the underground temperature and to wear sneakers with flat rubber sole.

HELL IN THE CAVE

HELL IN THE CAVE

Hell in the Cave, one of the greatest underground theatre shows in the world taking place in the natural, impressive underground scenery inside the Castellana Caves. Inspired by Dante's Inferno, the performance takes place at Grave, the biggest cave that measures 100 meters in length, 50 in width, 60 in-depth. Click the photo to learn more.
Menu